Interest in Artificial Intelligence (AI) is increasing as more individuals and businesses witness its benefits in various use cases. However, there are also some valid concerns surrounding AI technology:

In this article, we focus on AI bias and will answer all important questions regarding biases in artificial intelligence algorithms from types and examples of AI biases to removing those biases from AI algorithms.

What is AI bias?

AI bias is an anomaly in the output of machine learning algorithms. These could be due to the prejudiced assumptions made during the algorithm development process or prejudices in the training data.

What are the types of AI bias?

What are examples of AI bias?

With the dream of automating the recruiting process, Amazon started an AI project in 2014. Their project was solely based on reviewing job applicants’ resumes and rating applicants by using AI-powered algorithms so that recruiters don’t spend time on manual resume screen tasks. However, by 2015, Amazon realized that their new AI recruiting system was not rating candidates fairly and it showed bias against women.

Amazon had used historical data from the last 10-years to train their AI model. Historical data contained biases against women since there was a male dominance across the tech industry and men were forming 60% of Amazon’s employees. Therefore Amazon’s recruiting system incorrectly learnt that male candidates were preferable. It penalized resumes that included the word “women’s,” as in “women’s chess club captain.” Therefore, Amazon stopped using the algorithm for recruiting purposes.

A health care risk-prediction algorithm that is used on more than 200 million U.S. citizens, demonstrated racial bias because it relied on a faulty metric for determining the need.

The algorithm was designed to predict which patients would likely need extra medical care, however, then it is revealed that the algorithm was producing faulty results that favor white patients over black patients.

The algorithm’s designers used previous patients’ healthcare spending as a proxy for medical needs. This was a bad interpretation of historical data because income and race are highly correlated metrics and making assumptions based on only one variable of correlated metrics led the algorithm to provide inaccurate results.

In 2019, Facebook was allowing its advertisers to intentionally target adverts according to gender, race, and religion. For instance,  women were prioritized in job adverts for roles in nursing or secretarial work, whereas job ads for janitors and taxi drivers had been mostly shown to men, in particular men from minority backgrounds.

As a result, Facebook will no longer allow employers to specify age, gender or race targeting in its ads.

Will AI ever be completely unbiased?

Technically, yes. An AI system can be as good as the quality of its input data. If you can clean your training dataset from conscious and unconscious assumptions on race, gender, or other ideological concepts, you are able to build an AI system that makes unbiased data-driven decisions.

However, in real world, we don’t expect AI to ever be completely unbiased any time soon due to the same argument we provided above. AI can be as good as data and people are the ones who create data. There are numerous human biases and ongoing identification of new biases is increasing the total number constantly. Therefore, it may not be possible to have a completely unbiased human mind so does AI system. After all, humans are creating the biased data while humans and human-made algorithms are checking the data to identify and remove biases.

What we can do for AI bias is to minimize it by performing tests on data and algorithms and applying other best practices.

How to fix biases in machine learning algorithms?

Firstly, if your data set is complete, you should acknowledge that AI biases can only happen due to the prejudices of humankind and you should focus on removing those prejudices from the data set. However, it is not as easy as it sounds.

A naive approach is removing protected classes (such as sex or race) from data is to delete the labels that make the algorithm bias, yet, this approach may not work because removed labels may affect the understanding of the model and your results’ accuracy may get worse.

So there are no quick fixes to removing all biases but there are high level recommendations from consultants like Mckinsey highlighting the best practices of AI bias minimization:

IBM released an open-source library to detect and mitigate biases in unsupervised learning algorithms that has currently 34 contributors (as of September 2020) on Github. The library is called AI Fairness 360 and it enables AI programmers to

However, AI Fairness 360’s bias detection and mitigation algorithms are designed for binary classification problems that’s why it needs to be extended to multiclass and regression problems if your problem is more complex.

Using What-If Tool, you can test performance in hypothetical situations, analyze the importance of different data features, and visualize model behavior across multiple models and subsets of input data, and for different ML fairness metrics.

Krita Sharma, who is an artificial intelligence technologist and business executive, is explaining how the lack of diversity in tech is creeping into AI and is providing three ways to make more ethical algorithms:

Barak Turovsky, who is the product director at Google AI, is explaining how Google Translate is dealing with AI bias:

Hope this clarifies some of the major points regarding biases in AI. For more on how AI is changing the world, you can check out articles on AI, AI technologies and AI applications in marketing, sales, customer service, IT, data or analytics. And if you have a business problem that is not addressed here:

Atakan is an industry analyst of AIMultiple. He has a background in consulting at Deloitte, where he’s been part of multiple digital transformation projects from different industries including automotive, telecommunication, and the public sector. Prior to becoming a consultant, he had experience in mining, pharmaceutical, supply chain, manufacturing & retail industries. Atakan earned his degree in Industrial Engineering at Koç University. 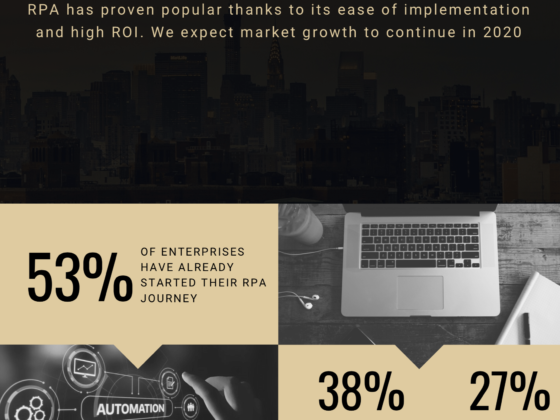