Though self-driving vehicles take the front seat when we talk about autonomous things, autonomous robots and drones can also make a difference for businesses. These technologies can lead to partial or full automation of tasks involving humans today.

Transportation, retail, security and military are some of the industries with early examples of autonomous things. Autonomy will eventually revolutionize every industry.

What is Autonomous Things (AuT)?

Autonomous Things is about enhancing machines with sensors, AI and analytical capabilities so that machines make data based decisions and autonomously complete tasks.

Autonomous things is an emerging term for the technological developments that are expected to bring computers into the physical environment as autonomous entities without human direction, freely moving and interacting with humans and other objects.

Why is it important now?

Gartner expects autonomous things to be the most important tech trend in the next years. We agree because

Software that touches the real world rather than the digital world tends to have a disproportionate impact. Let’s consider mobile software: If we exclude social networks, the most valuable companies that rely mostly on mobile software are Uber and WeChat and they both enable activities in the real world: payments and transportation.

Improved technology for autonomy and reduced sensors costs lead to smarter autonomous things that can automate a wider variety of tasks. This results in more data and experience in autonomous things which creates a virtuous feedback cycle for them. Therefore, we expect businesses to get increasing benefits from autonomous things over time.

What are the important topics in Autonomous Things?

There are four common types of Autonomous Things:

Autonomous vehicles are getting the most attention, even though there is still time before we see them on most roads due to technical and regulatory challenges. Technical components that are required for autonomous vehicles to be successful are:

The spectrum of automation may vary between vehicles. It can be human-assisted partial automation or full automation, depending on technology. Below are graphs that show levels of driving automation and how much human interaction is needed for each level.

What are the current use cases?

What are the challenges facing autonomous things?

We have explained how autonomous things is a hot topic with great business potential. Then why don’t we see these vehicles and drones everywhere?

Environmental conditions such as road, weather, and traffic are critical for autonomous vehicles and drones. These technologies perceive their surrounding with sensors that need to be working faultlessly during each condition.

Another raising question about self-driving cars is who will be responsible in case of an accident. With fully autonomous vehicles, the software and vehicle manufacturers are expected to be liable for any at-fault collisions (under existing automobile products liability laws) but its ethical values are still a debate topic. Volvo has already announced that it will pay for any injuries or damage caused by its fully autonomous car, which it expects to start selling in 2020.

Cybersecurity is another issue. Designing secure systems is a problem that autonomous vehicles must solve.

Drone robots have different regulations that limit their areas of activity until regulators agree that the technology is ready for real-world conditions. For example, there is a policy in each state of the US that permits robots under a certain weight(50kg) to operate autonomously. Also, drones can’t fly without a remote pilot in populated areas because of both tech limitations and legal ambiguity regarding responsibility for the actions of an autonomous drone.

What are the leading companies in Autonomous Things?

Tesla is one of the leading companies in the autonomous vehicles market with $6.35 B in revenue. Derq is also another company in the market, it has SXSW award-winning algorithms analyze roadside sensor data in real-time to predict dangerous situations with enough time to warn drivers.

DJI Innovations is the leading company in the market by possessing approximately 70% of the global enterprise drone market and it has a total of $1.1B fundings.

Feel free to check our other AI-related articles.

Low/ No code development: What it is, how it works, use cases 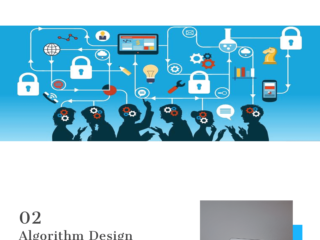 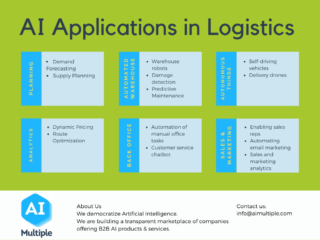