Serverless computing helps application developers focus on their core business without having to worry about server-related problems. With a fundamental change in application architecture, it leaves the cloud provider running jobs such as server management, scalability and security. Its downsides include the potential need for code factoring to adopt serverless, its inherent architectural limitations and vendor lock-in as it is challenging to change serverless computing providers.

There is no one complete and clear definition of serverless. However, in all cases, serverless does not necessarily mean that a software doesn’t need servers to run a program. There are two different serverless approaches:

Responsibilities of patching, securing, and scaling of servers are left to a third-party cloud provider in a serverless architecture. Using this model, applications and services can be built and run without having to manage infrastructure. Cloud services can be considered serverless if they meet the following criteria:

What are the benefits of serverless computing?

A recent Gartner research suggests that more than 50% of global enterprises will have deployed a serverless function platform by 2025, up from less than 20% today. The underlying reasons can be listed as follows:

Cost is one of the most important criteria for cloud technology/vendor selection and serverless offers indeed quite low cost per compute prices (e.g. an example for AWS Lambda pricing can be seen below). However, exact cost is going to depend on the specific application and there are cases where Infrastructure as a Service (IaaS) will be cheaper than serverless. Each business needs to analyze their computing needs and decide the right approach for their problem.

In short, if you will be making full use of a resource, which is the case if you have frequent intensive computation work, IaaS is likely to be cheaper than FaaS. In other cases, FaaS is likely to be the cheaper option. We are considering adding a Google sheet for this calculation, feel free to leave a comment if you think that will be helpful.

How does serverless computing work?

The processes needed in the serverless model are seen as “a function to be applied according to the incoming demand”. Cloud providers offer functions as a service(FaaS). A function written and executed in a serverless model takes these steps:

What are the challenges of serverless computing?

The benefits of migrating to cloud-based serverless computing is balanced with the following challenges:

What are the top vendors providing serverless computing?

Leading cloud IaaS companies, including most tech giants, are investing in this technology. Serverless makes sense for IaaS companies from several perspectives:

If you have questions about how serverless can help your business, feel free to ask us:

Test data management: What it is & Why it matters?

FinOps in 2020: What it is & How FinOps processes work

Quality Assurance in 2020: Guide to automating QA with AI 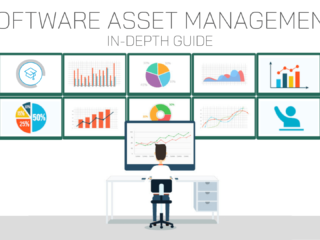 Software Asset Management: What it is & Top Benefits 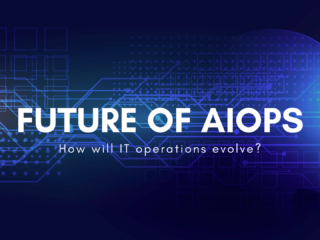 Future of AIOps: How will IT operations evolve in 2020?

AIOps: Guide to integrating AI into IT Operations in 2020