Movie Logan takes place in 2029. Most things seem similar to today except trucks. They are autonomous. Will Hollywood get this right? Is 10-15 years a realistic time frame for autonomous vehicles?

What exactly is autonomous driving?

First, let’s agree on what we are discussing. To understand in detail, let’s look at levels of autonomous driving defined by Society of Automobile Engineers:

L0 No automation: with human in charge potentially augmented by automated warning and intervention systems

L3 Conditional automation: Autonomous driving until system encounters a situation it is not comfortable with and alerts driver to take over. Earliest autonomous driving systems like that of Google were at this level

L4 High automation: Autonomous driving system that alerts driver when it encounters a situation it is not comfortable with. Even if driver does not respond, system continues driving with full autonomy.

L5 Full automation: The concept cars without steering wheels aim for this level of autonomy. Driver is not needed anymore, vehicle is in charge of all aspects of driving.

So until L5 is achieved, we will be sitting behind the wheel.

What are expert estimates for L5?

According to the experts, Holywood is right. In any conference I go to, I hear automotive industry experts claiming 10-15 years as realistic time frame for Level 5 automation. Computer scientists also agree, the average estimate for autonomous driving in a recent publication was 2030.

This is also backed by real world developments. In April 2016, Uber announced the acquisition of Otto, a San Francisco-based startup that has developed a kit that can turn any big rig into a self-driving truck. German multinational company Daimler also developed its own 18-wheel truck model with the “Highway Mode” available. Even the graphic and computer processor manufacturer Nvidia introduced the Xavier automotive AI supercomputer for use any fully-automated vehicle system in September 2016 and demonstrated it with a sedan model of Lincoln at CES. Nvidia also announced a partnership with AUDI for autonomous vehicles. Taking all these information into consideration, it would be true to say that driverless trucks are gaining momentum.

There are 3.5 million drivers only in U.S. Truck industry offers 115.000 jobs annually. Truckers make 42.500 $ per year on average. This is one of the jobs put employees in mid-class without a college or university degree. What will truck drivers do without truck driving jobs?

Jerry Kaplan, a Stanford lecturer, states that there is acceleration in automation and it will affect jobs. He also adds that long-haul truck driving is great example for automation because it requires less judgement involved and it is a controlled environment. Trucking is the first step in autonomous vehicles because truck drivers spend most of their times on highways where driving requires less attention to traffic and human intervention. This makes easier to automate the driving process for trucking. Additionally, trucks leave from and go to a limited number of delivery spots, making it easier to map those routes in detail.

Any hope for truckers?

There are some use cases where humans could continue to work as truck drivers for a little longer. For example following a lead human driver is easier for autonomous vehicles when compared to driving on their own. Still, there is no doubt that in transportation costs and wages will decrease significantly.

We examined truck driving in detail here. There will also be significant impact due to autonomous taxis and public transport that we have not included here. Additionally, there are numerous other AI use cases which will undoubtedly create new jobs while impacting decimate some old professions. You can check out AI applications in marketing, sales, customer service, IT, data or analytics. And If you have a business problem that is not addressed here:

When should you build your own AI solution? [2021 update] 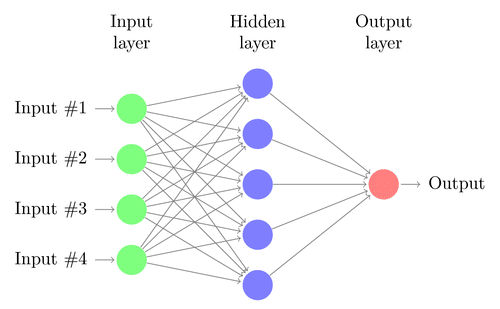 Dark side of neural networks explained