We explained autoML in detail. Now it is time to figure out the right software for auto ML for your business.

AI is one of the few scientific areas were despite significant corporate investment, even secretive tech giants like Apple publish their research findings. Therefore it should not be surprising that there are competitive open source autoML tools.

All open source tools we came across, need an active development environment in Python or R and require the user to write at least a few lines of code to initiate the automated machine learning process.

Given the scarcity of AI talent, AutoML can have a dramatic impact on democratizing AI and making companies more effective and efficient. Numerous startups are being launched and raise ambitious amounts to capture this opportunity.

Most startups aim to offer tools that can be launched with a clean user interface by a non-technical user. Some tools also offer visualization to explain their findings and the resulting model.

Google claims to be an “AI-first” company and is delivering on that promise. Google Cloud AutoML is one of the first autoML tools launched by tech giants. IBM’s SPSS is one of the most popular analytics software providers and has been offering for various autoML tools such as auto classifier.

* Date when tool was launched not the day the company was launched. This is because Google’s founding date is irrelevant when discussing their Cloud AutoML tool.

** Number of employees on linkedin. Only relevant for startups that focus on a single product because Google’s number of employees is irrelevant when discussing their Cloud AutoML tool. This is also not relevant in open source where contributors are part time and therefore not directly comparable to a startup’s employees. We should add some github related popularity metrics here for open source projects.

AutoML tools can greatly boost your company’s data science efforts. If you are not sure about which vendor to work with, 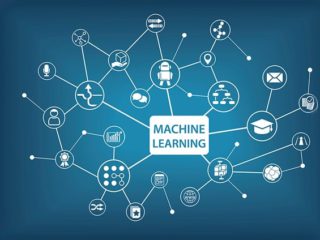